Washington — The Supreme Court on Friday overturned its landmark decision in Roe v. Wade that established the right to an abortion, with a ruling that marks a seismic shift in abortion law and will usher in new rules limiting or banning access to the procedure in half of the states, in some places immediately.

The decision to undo nearly 50 years of precedent will have sweeping ramifications for tens of millions of women across the country as abortion rights are curtailed, particularly in GOP-led states in the South and Midwest, and lead to a patchwork of laws absent the constitutional protection. Thirteen states have so-called “trigger laws” on the books, in which abortion will swiftly be outlawed in most cases with Roe overturned.

The ruling came in a case involving a Mississippi law that banned abortions after 15 weeks of pregnancy, and the court reversed the decision of the 5th U.S. Circuit Court of Appeals, which blocked the measure.

Justice Samuel Alito delivered the opinion for the court, and was joined by Justices Clarence Thomas, Neil Gorsuch, Brett Kavanaugh and Amy Coney Barrett. Chief Justice John Roberts delivered a concurring opinion, writing that while he agrees that the viability line established under Roe should be discarded and Mississippi’s law upheld, Roe and Casey should be left untouched. The court’s three liberal justices dissented.

“Roe was egregiously wrong from the start. Its reasoning was exceptionally weak, and the decision has had damaging consequences. And far from bringing about a national settlement of the abortion issue, Roe and Casey have enflamed debate and deepened division,” Alito wrote in his majority opinion. “It is time to heed the Constitution and return the issue of abortion to the people’s elected representatives.”

“Whatever the exact scope of the coming laws, one result of today’s decision is certain: the curtailment of women’s rights, and of their status as free and equal citizens,” they wrote. “Yesterday, the Constitution guaranteed that a woman confronted with an unplanned pregnancy could (within reasonable limits) make her own decision about whether to bear a child, with all the life-transforming consequences that act involves. And in thus safeguarding each woman’s reproductive freedom, the Constitution also protected ‘[t]he ability of women to participate equally in [this Nation’s] economic and social life.’ But no longer.”

The three liberal justices warned that the decision to overturn Roe and Casey will have consequences beyond the court’s abortion precedents, putting other landmark decisions in jeopardy.

“No one should be confident that this majority is done with its work. The right Roe and Casey recognized does not stand alone,” they said. “To the contrary, the court has linked it for decades to other settled freedoms involving bodily integrity, familial relationships, and procreation.”

Protesters descended on the street outside the Supreme Court — which has for weeks been surrounded a non-scaleable fence — in anticipation of the decision, and the ruling brought both cheers in celebration and tears in mourning to demonstrators.

The ruling handed down by the court appears to mirror a draft majority opinion from Justice Samuel Alito that was leaked and published in May, which suggested the Supreme Court had voted to strike down Roe and Casey. Disclosure of the draft opinion, circulated among the justices in February, was an unprecedented leak from an institution that, unlike the rest of Washington, is known for being virtually leak-proof, and Chief Justice John Roberts ordered an investigation into the source, which remains unknown.

While the Supreme Court confirmed the draft opinion was authentic, it said the document did not “represent a decision by the court or the final position of any member on the issues in the case.”

With the reversal of Roe and the 1992 decision in Planned Parenthood v. Casey, which reaffirmed Roe’s central holding and said states cannot enact restrictions that imposes an undue burden on the right to an abortion before viability, roughly 26 states are likely to or will restrict abortion with the Supreme Court’s decision, according to the Guttmacher Institute, an abortion rights research organization. In anticipation of the ruling, governors of Republican-led states, including Oklahoma and Florida, signed new limits into law.

The decision marks a long-awaited victory for anti-abortion advocates, who since the Supreme Court first legalized abortion nationwide in 1973 have mounted a dogged campaign for it to overturn Roe, marked by an annual march in Washington held around the anniversary of the landmark ruling.

Before its ruling in the Mississippi case, the court’s most recent decision involved an abortion restriction from Louisiana, and the court split 5-4 — Roberts joined with the four liberal members — in striking down the measure. But months after that June 2020 ruling, the death of Justice Ruth Bader Ginsburg, the anchor of the court’s liberal wing, created a vacancy for former President Donald Trump to fill, marking his third appointment to the Supreme Court and one that would prove to be crucial to the outcome of the Mississippi case.

The confirmation of Justice Amy Coney Barrett just days before the 2020 presidential election widened the Supreme Court’s conservative majority and laid the groundwork for the decision Friday. It was months after Barrett joined the court that the justices agreed to hear the Mississippi dispute, a watershed in the anti-abortion movement.

The Mississippi law at the heart of the legal fight was enacted by the GOP-led legislature in 2018 and banned abortions after 15 weeks of pregnancy. A federal district court swiftly blocked enforcement of the ban after Jackson Women’s Health Organization, the state’s lone abortion clinic, argued it violated Roe and Casey.

Jackson Women’s Health Organization serves roughly 3,000 women annually and provides abortion services up to 16 weeks of pregnancy. Roughly 100 patients per year obtain an abortion after 15 weeks, lawyers for the clinic told the court.

The 5th U.S. Circuit Court of Appeals affirmed the federal district court’s ruling, and Mississippi officials asked the Supreme Court to step in. It was after the justices agreed to hear the court fight that the state called for Roe and Casey to be overturned, raising the stakes in an already-blockbuster dispute.

Supporters of abortion rights have warned a decision from the Supreme Court upending Roe could lead to laws that vary from state-to-state and make access to abortion dependent on where a person lives. Republican-led states have already passed bills restricting abortion or are poised to do so in the wake of the decision, while Democrat-led states have taken steps to preserve abortion access, either by codifying the right or allowing abortions before fetal viability.

At the national level, the White House and Democrats in Congress have pushed for passage of legislation enshrining the right to an abortion into federal law. Publication of the draft opinion reignited efforts on Capitol Hill to pass the measure, called the Women’s Health Protection Act, which had passed the House but twice failed to meet the 60-vote threshold for legislation to advance in the Senate, most recently in mid-May.

Democrats are also hoping the Supreme Court’s decision spurs voters to head to the polls in the November midterm elections, when they’re working to maintain control of Congress. Mr. Biden in May said a reversal Roe shifted the onus on elected officials at all levels of government to protect a woman’s right to choose to have an abortion and urged voters to elect pro-abortion rights officials in November. Expanded majorities in the House and Senate, he said, would allow adoption of legislation codifying Roe. 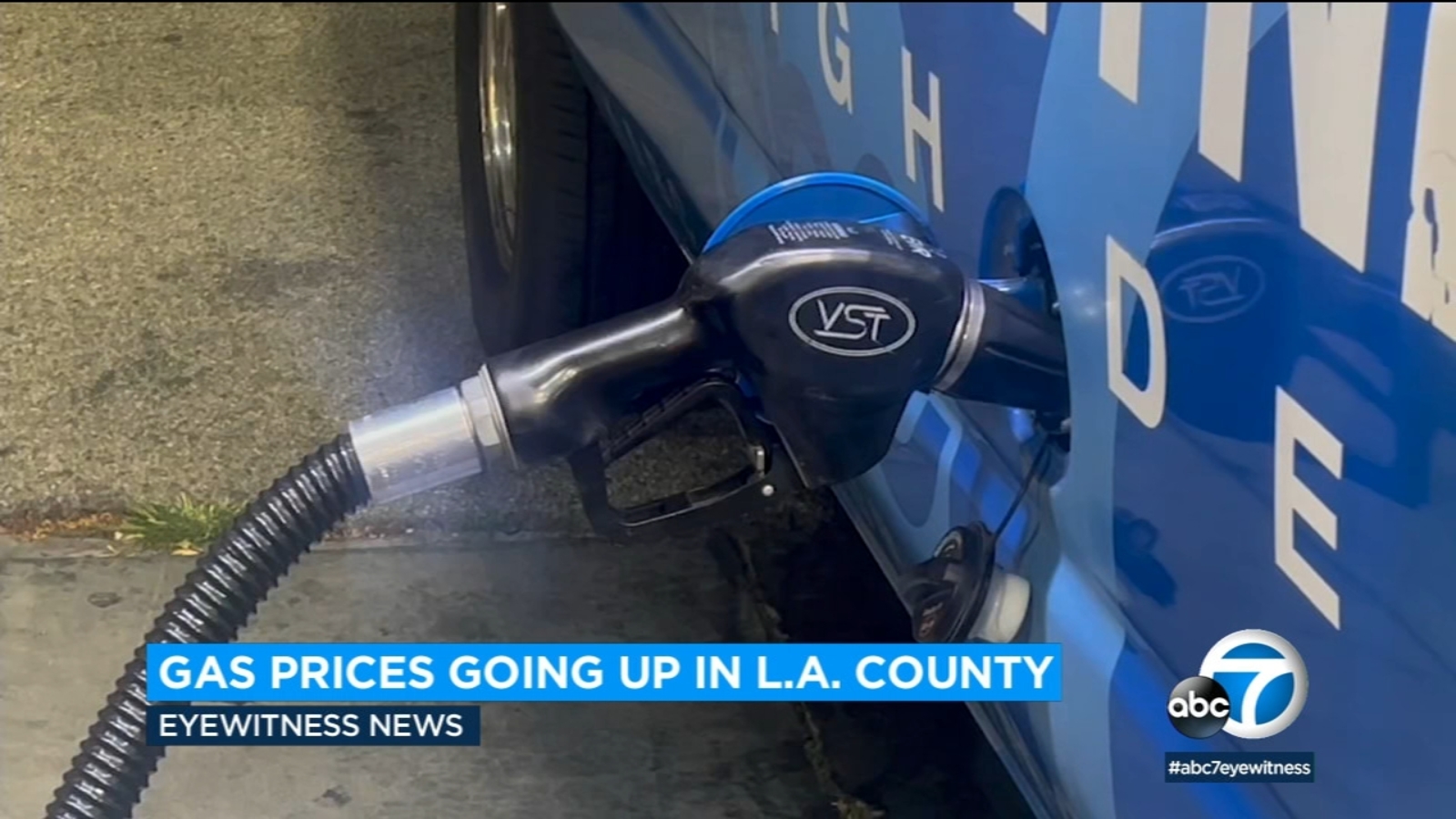